Has it really been a week since I wrote an entry? Sheesh. Here’s a quick recap.

Saturday, we went over to Disney for a few hours to catch an extremely early “Dress Rehearsal” of New Fantasyland. See, they’ve been building a new expansion to the park for years now. It’s the largest expansion ever in a WDW park and it more than doubles the size of Fantasyland. It opens officially December 6th but they started letting people in on limited-run trials last Friday. I’ve been photographing the construction for years now and I wanted to catch a first look.

The detail and theme and scenery is truly amazing. (Click any picture for larger version) 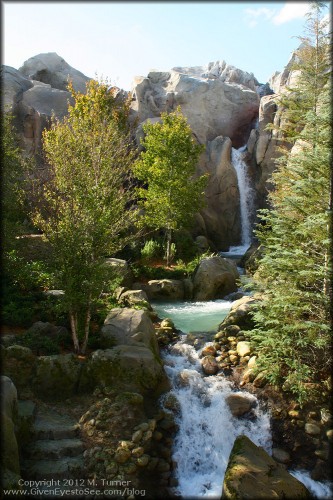 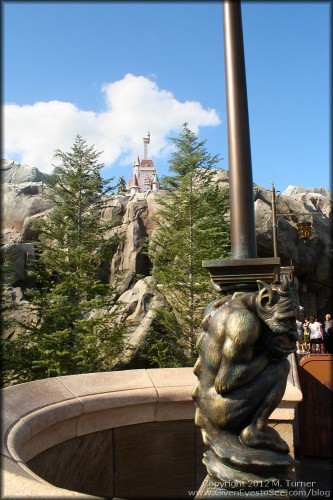 Beast’s Castle High up in the mountains. 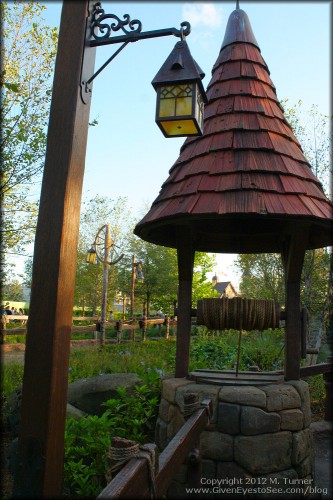 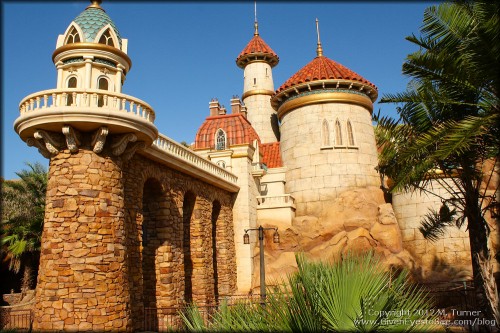 I took nearly 400 photos. LOL But it’s really pretty. Almost everything was open and it was really cool to experience something entirely new at Disney. Being a Florida resident, I’ve been there more times than I can count and most of it is completely familiar to me. I still love it, but I know the details so well. It was cool to see something so entirely new.

We got there around 4pm or so and made it until about 9:30pm when Love’s head went wonky and we headed home. I would have liked to stay longer since the park was open until midnight but, not much we can do about his attacks except try to get him home. He fell asleep in the car on the drive back. I drove both ways since we took my car (his is still “parked” until payday Friday when we can do the compressor repair) since he doesn’t fit well in my driver’s seat anyway. (The motor is broken so it’s stuck lifted as far up as it goes, meaning 6ft tall Love’s head is brushing the roof.)

Sunday was Nanny’s moving day. Nanny – my 96 year old grandmother – used to live about an hour and a half away but the assisted living place she was at had gotten really bad. Mom found a new place for her closer by (only a few minutes from Mom’s house actually) and Sunday was the moving day. I met my Mom and Sister and their husbands at the new place to help unload the truck and set up the new room. Looks really nice. So much better than the other place.

It’s nice too since it’s closer because I’ll be able to go see Nanny more often as well. Nanny moved in on Monday and Mom said she likes it so that’s good too.

This week, I’ve mainly been focusing on the shop both working on orders and working on new and replacement stock. Love’s been taking my car to work everyday and we’re trying not to drive his, so I’ve kinda been just stuck in the house. I’ll be glad when we get his fixed on Friday. I’m not looking forward to another massive car repair bill, but having two cars is definitely a requirement!

Speaking of the shop, I’ve been adding a lot of new items and bringing back sold items, so if you haven’t checked it out in awhile, you should! 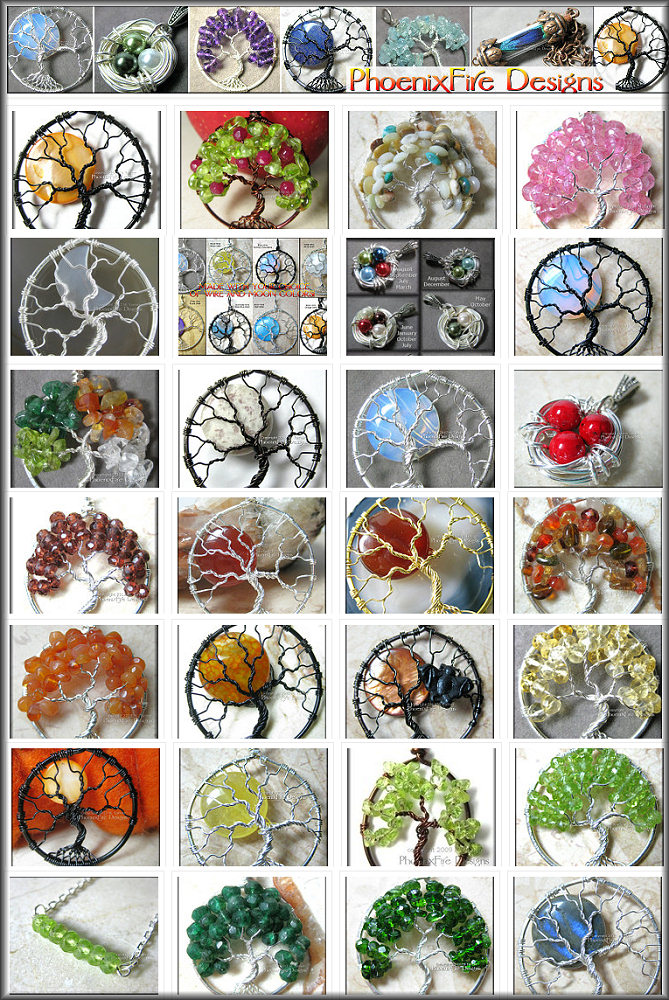 Anyway, that’s about it for now.