Love’s birthday was Monday, February 18th. (And yes, this year it WAS on President’s Day!) His favorite NHL team is the Boston Bruins. They were coming here to Tampa only once this season and that game was Thursday, February 21st. So I got him tickets to the game as his birthday present.

Here’s a few photos I took at the game. Click for larger. 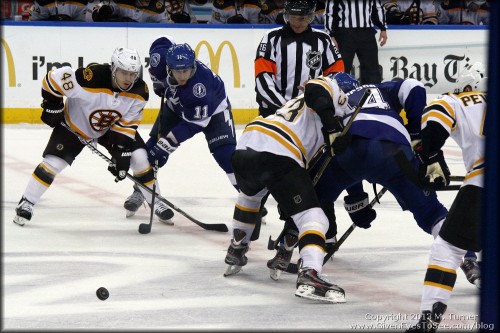 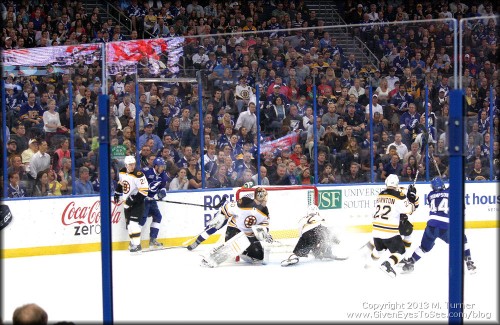 A spray of snow as players rush to the net. Bruins goalie, Rask, defends. 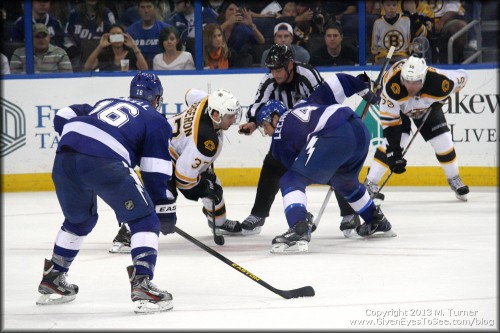 Boston and Tampa faceoff to win possession of the puck. 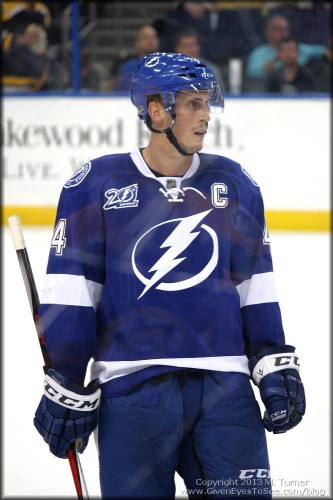 Lightning Captain, Vinny Lecavalier seconds before the final puck drop of the game.

The final score was 4-2 with Boston taking the win.