What’s so amusing about cats is that, big or small, cats are all so very similar. You can see the same kinds of actions in big cats that you do your little household pet. (Just on a much larger scale! LOL)

For example, one of the tigers at Animal Kingdom was cranky because her dinner was late. She was pacing around, growling in her annoyance. My cats do the same thing – only with less “roar” and more “meow” – when they feel dinner is tardy! (Click images for larger version.) 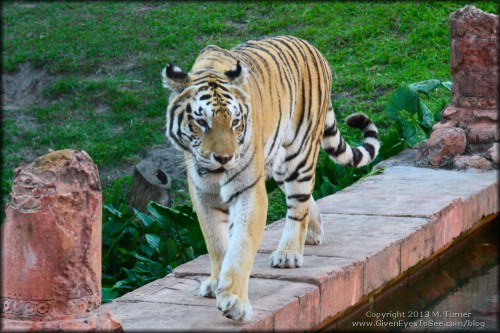 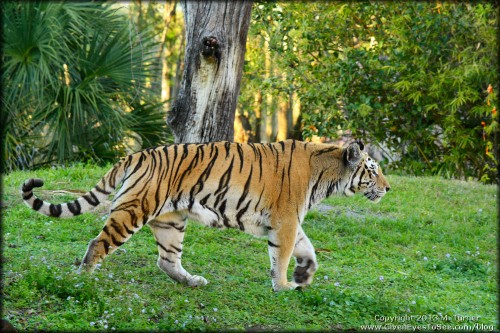 For the record, her annoyed roar was impressive as heck! So much bass to it, it sounded almost fake. Her dinner was running late because there were still people in the jungle trail (myself included) and until they all cleared out, they couldn’t bring out dinner. When I heard that, I made a quick exit. (Didn’t know she was stuck waiting on all the tourists!)

It’s just always funny though to see how much little house cats still have in common with their bigger cousins!