I’ve unintentionally taken awhile to write another entry again. I keep meaning to write up an entry because there’s been things to talk about, but I just keep finding myself without the time to do it. So this will be a bit of a hodgepodge catch-up of a few events of the recent week or so.

Birthday
First up, it was my birthday on Thursday, May 16th! (About a week ago.) We went over to the Magic Kingdom and I had a fun time running around being a birthday princess. 😉 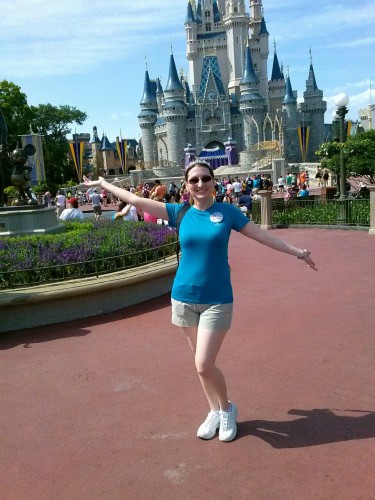 A silly pic Love took of me with my cell phone in front of Cinderella Castle.

I also got some lovely birthday gifts from friends. 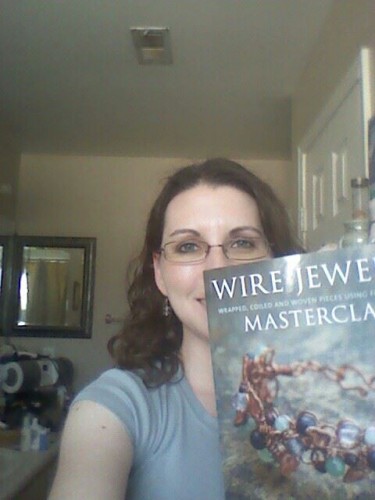 Another bad cell pic I originally posted on fb of a cool wire wrapping book from Linnéa. 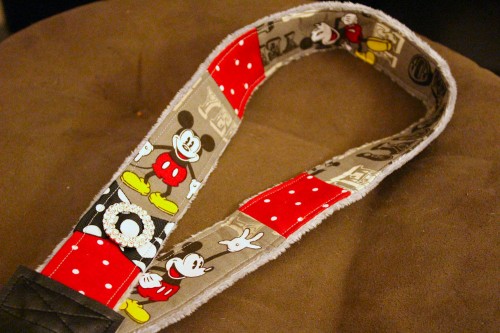 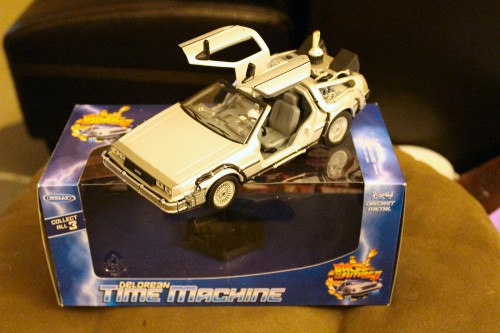 A DeLorean time machine model from Back to the Future Part II from Gary! 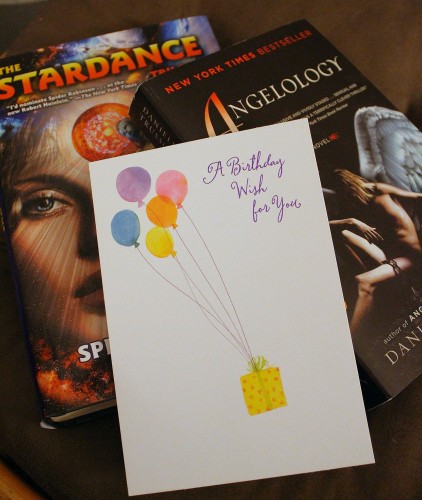 Two books and a birthday card from an anonymous well-wisher!

Plus, I got dozens and dozens of wishes on facebook too. It was a really nice time so thank you everyone!

Chest Cold
Tuesday, I woke up coughing like mad. And I’ve been coughing nearly non-stop ever since. No stuffiness in my nose, no sore throat, just a bunch of heavy crap in my chest. It’s pretty darn miserable. I’m worn out and tired from feeling like I can’t breathe and my head keeps hurting from the intensity of coughing.

Crap is breaking up and sometimes coming up, so it’s slowly getting better but man, I don’t know where it came from! I normally never get just a chest infection like this. I’m always all about runny/sneezing/stuffy noses and only very rarely get chest congestion. I’ve been trying to rest a lot and let it get better so man, I hope it does soon!

Tiny Kitten!
Mom found a tiny, 7 week old kitten by a canal on the side of the road near her house. She couldn’t find any other kitties or the mom so she brought the tiny orange kitty home. The vet said it’s a girl and the amazing thing is that she’s healthy – no feline AIDS or feline leukemia. Mom already has a feline leukemia + cat so she didn’t want this kitten to catch it and so I’m fostering the little girl until a spot opens up in a rescue group. Mom named her Sundae and she’s too adorable for words. 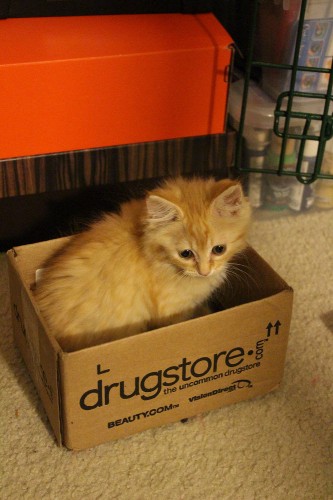 Even at 7 weeks old, she’s powerless to resist the lure of a cat trap box! 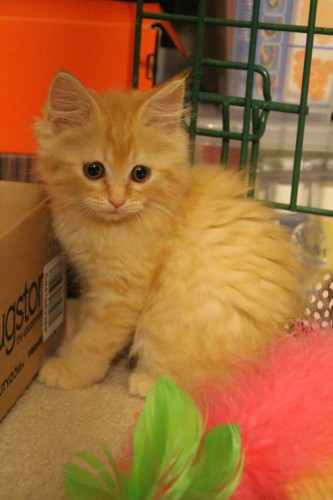 Love keeps saying, “don’t get attached!” but come on, it’s nearly impossible not to with a face as cute as this. I know he doesn’t want a third cat and logically, I don’t either. But she IS a sweetheart. The minute you start petting her, she purrs. And she’s SO playful! I’ve played with her for an hour straight – to the point I’m tired and she’s still going! LOL

She’s staying in a crate in the second bedroom with the door closed. I go in throughout the day to play with her, feed her and give her some attention for socialization. I feel bad she’s such a little baby and mostly all alone in her crate but it’s still better then the street. It’s going to be hard to give her up. Mainly because I’m invested now in her well being and I want to make sure she’s got an awesome forever home to look forward to, you know?

She’s been keeping me busy though the past few days. Between being sick and taking care of the little one, it’s been an adventurous week.

Anyway, been working on this for a bit and I think that’s enough for now. Birthday, being sick and tiny kitten sums up the past week or so pretty well. It’s a holiday weekend here in the States (Memorial Day) so Love will have a three day weekend which is nice. Being sick is definitely less nice but hopefully, we’ll be feeling well enough to enjoy it at least a little.