Love and I went down to Honeymoon Island State Park Saturday afternoon. I hadn’t been down there in years and years and the weekend before, it poured so we our idea of heading over that way got rained out.

Located just off the mainland cost of Dunedin and north of Clearwater Beach, Honeymoon Island is accessible by causeway and cost us $8 admission for two of us in the car. It’s a pretty scenic drive down the Dunedin Causeway and for those who just want to fish or canoe, there are public access parking lots all along which cost nothing. 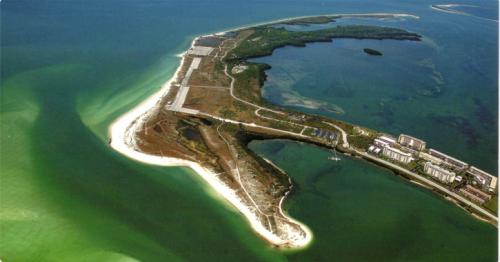 Since I hadn’t been in years, I really didn’t remember what the beach looked like. It’s quite a bit different from most of our local Gulf Coast white sand beaches because it’s very rocky. Tons of limestone rocks – some quite large! – covered much of the beach. This was the first time in pretty much forever that I left my shoes on as we walked the shore. It was just easier to get around without worrying about rocks this way and let us venture further down the shoreline. 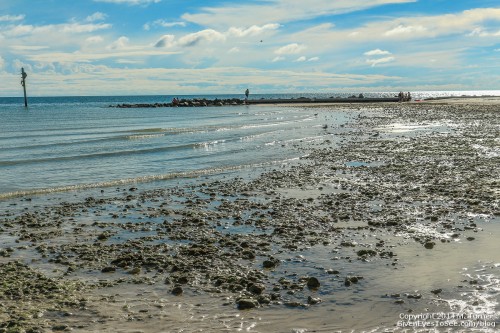 There is a narrow sandy beach though and not all areas are as rocky. So there is space to set up an umbrella or beach towel. 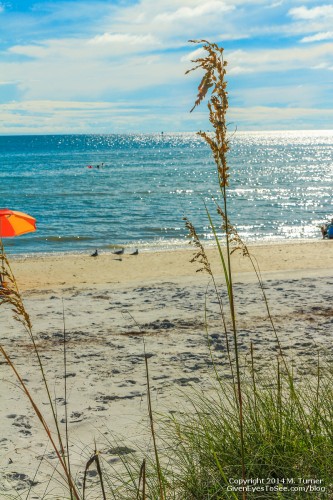 We noticed some amazingly neat patterns in the sand, which is not something I see in other beaches like Clearwater or Madeira. I can only assume it is a result of the rocks and the way the water comes up on the island. Whatever the cause, it made for really neat photos! 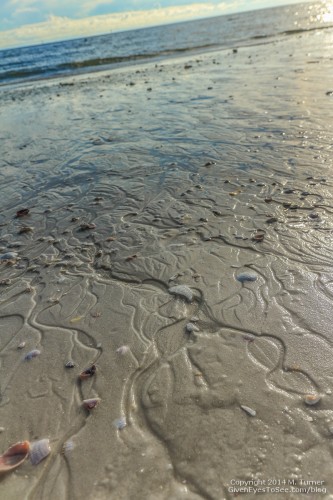 There are also a large number of shells on the beach in addition to the rocks. This is just a tiny handful; at some places there were literally piles of them. 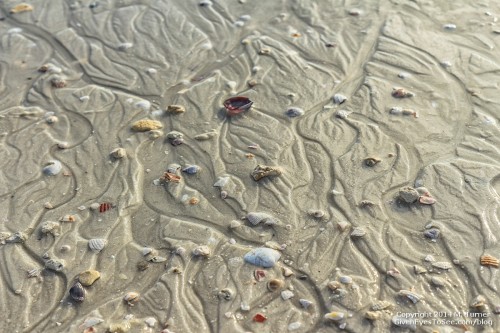 There is also a large trail of unspoiled woods but a few steps onto the trail and we were set upon by swarms of mosquitoes. Bug spray is DEFINITELY a requirement if you want to explore the forested northern tip of the island. It didn’t help that it was getting towards dusk as that point – a time when mosquitoes come out in larger numbers.

Overall though it was a unique beach and very different from our typical Gulf Coast beaches. The rocks, while a deterrent to barefoot walking/swimming in many parts of the northern shore, made for really interesting and almost alien landscape. The island is very natural and unspoiled and on a Saturday afternoon in September had a very low crowd. Parking was ample and there were several pavilions with restrooms that I saw right off the beach. (I didn’t use the facilities but it wasn’t for lack of ease to get to them.)

If you’re looking for something a little different, with a focus more on exploration of wild Florida and less on sugar sand beaches, Honeymoon Island is certainly a neat afternoon. Though it’s a bit pricey at $8, that does include parking. (And parking on most beaches in the area will run you $5-15 for an afternoon anyway.) It’s also really wonderful for those wanting to partake of watersports such as fishing or kayaking. Additionally, there is a ferry ($14/person) which takes you to neighboring Caladesi Island if you want even more places to explore.