Chris Daughtry came out to give a concert performance at Busch Gardens Tampa’s “Food and Wine Festival” on Saturday, April 25, 2015. I of course, knew him from American Idol all those seasons ago and liked the songs on the radio, but I didn’t really know more than that. I was really curious how he would sound in person because we both liked him a lot on Idol. So I made us brave the oppressive heat and head on out for the show. 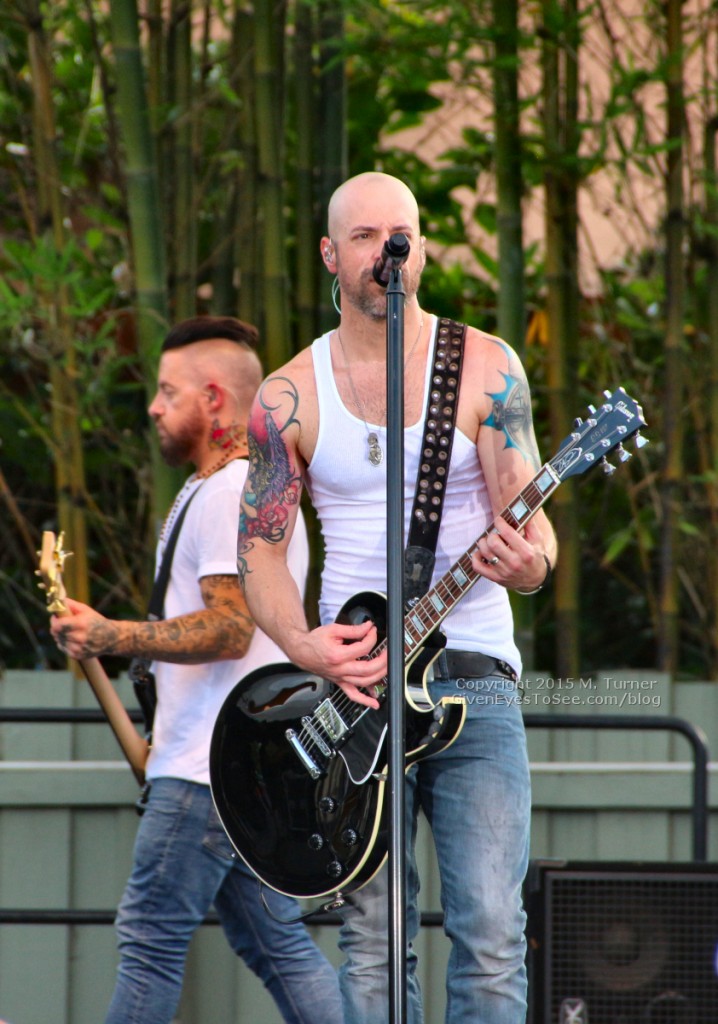 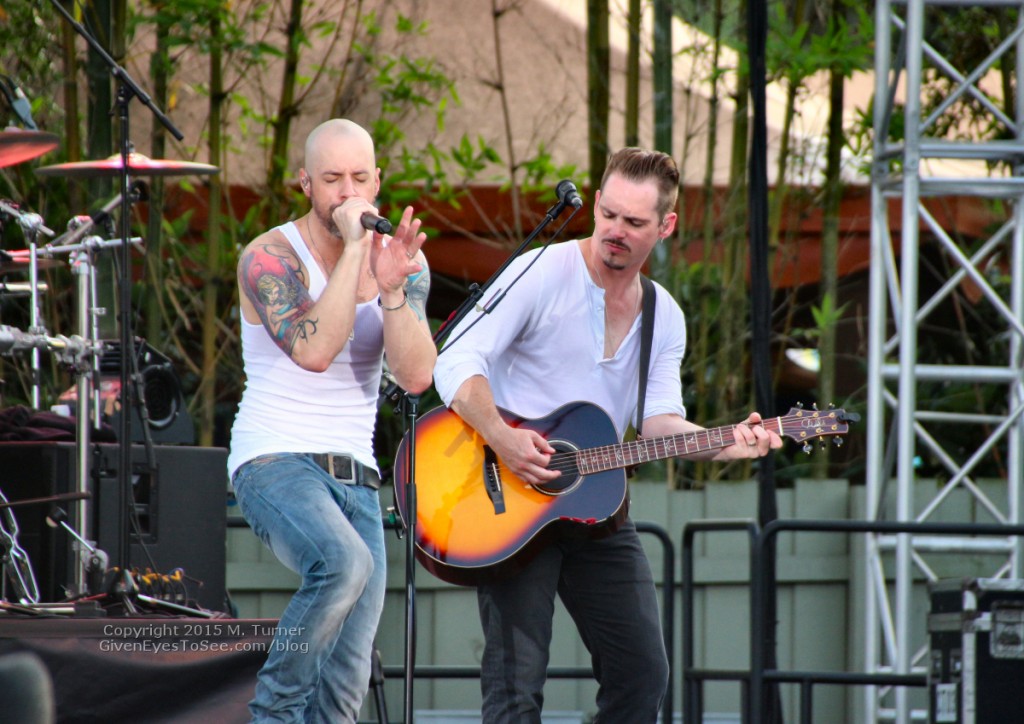 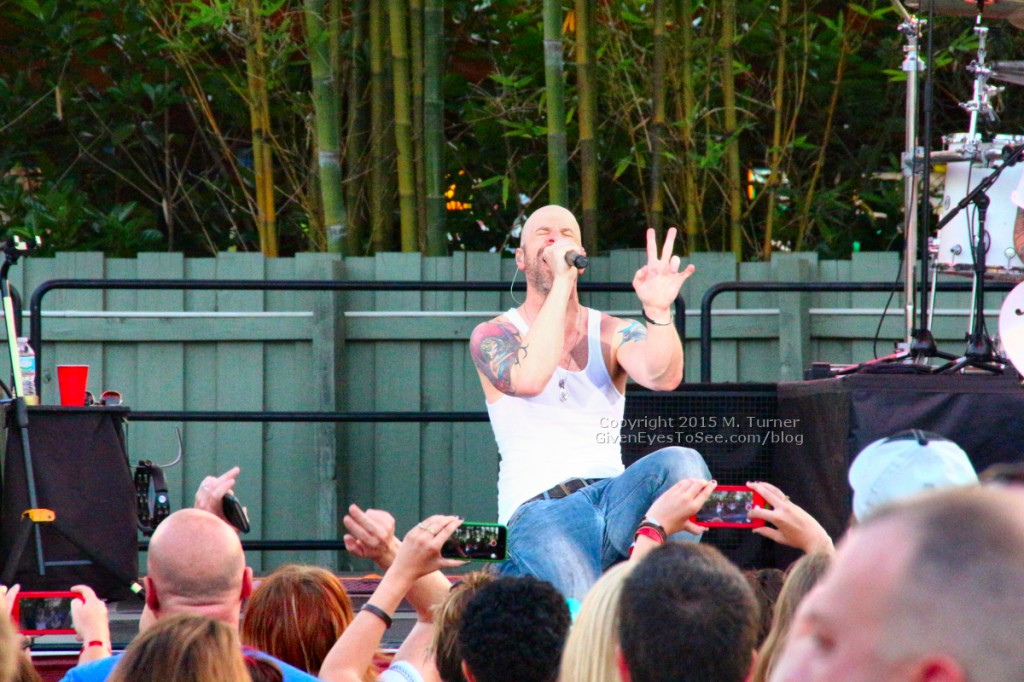 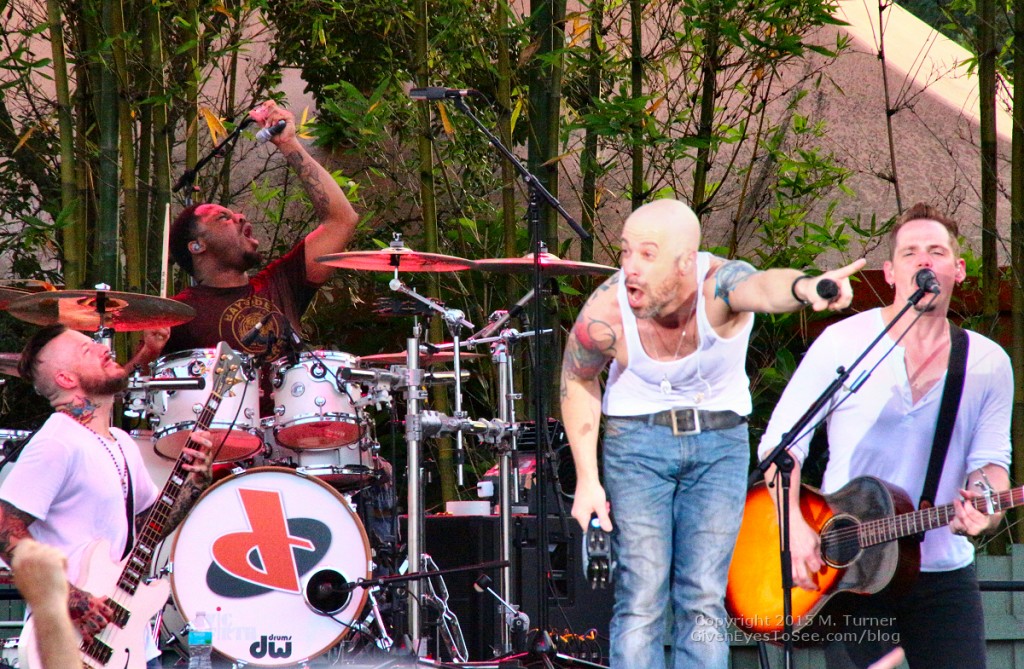 Turns out, he puts on a truly fantastic show! Love said, “He’s a rock star!” because he just worked the audience, joking, chatting with us and his band and just really had a great stage presence. I am so glad I was nosey and wanted to check it out because it was a really good show.

Poor Chris though was clearly not prepared for the Tampa heat. He kept wiping down his face and head and drinking after every song. At one point, he said, “How long have you guys been out here waiting? All day?? Bless you!” and laughed. It was about 87F with a feels-like about 97F that day so definitely a typical Florida scorcher! 😉

Really good time though and if you get a chance to see Daughtry, I would recommend it!

Category: Entertainment, General Blather, Photography and Pics, Things To Do