Dreams of Disney Days Gone By

It’s no great surprise to anyone who knows me that I’m a big Disney fan. I have been since I first went to Walt Disney World way back in 1984 when I was a wee girl of seven. It ignited a fascination in me and a sense of wonder. And certain things just really stuck with me even after all these years. 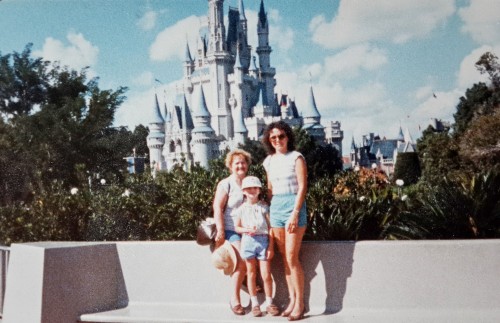 One of those things was the Journey Into Imagination attraction. Based on the concept of the power of creativity and imagination, it featured a character named Dreamfinder who harnessed the power of imagination and created a Figment of imagination – a little purple dragon with two tiny wings, eyes big and yellow; horns of a steer – but a lovable fellow! as the song goes. The ride and the entire pavilion (with it’s interactive play area known as “Image Works” on the then second floor) was the most amazing thing I had ever experienced to date. 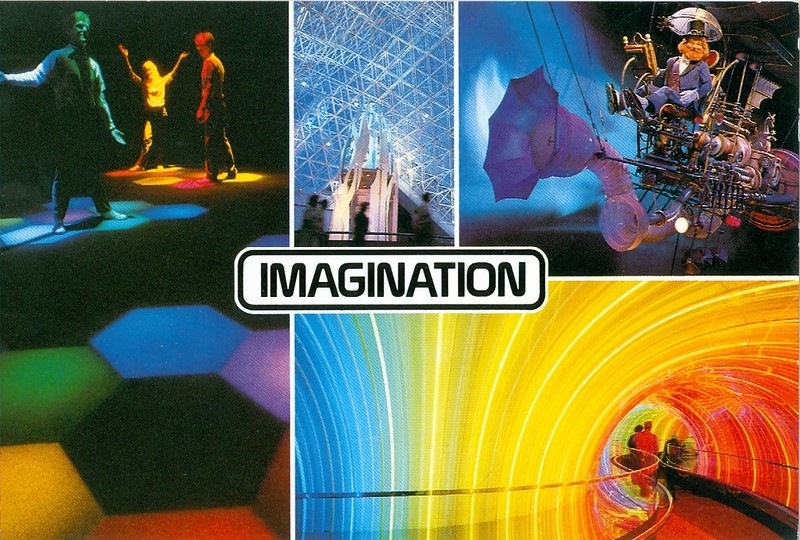 After I moved to Florida and was less than two hours away from WDW, I got to go many times over the years and my love of the parks grew. I got to experience a lot of what is considered the “heyday” of Magic Kingdom and Epcot Center (as it was then known) with famous vintage attractions such as Horizon and World of Motion as well as 20,000 Leagues Under the Sea and the Skyway (the old “bucket” ride that crossed over Fantasyland into Tomorrowland.)

All of this is to say it’s no big surprise that I miss so many of those things that are long gone. And that I often get wistful thinking I wish I could see and experience them again. Which is probably why I had a dream about doing just that the other night.

In my dream, I had an opportunity to go back in time to WDW and spend a day at the parks. (Don’t ask me how; it was just a given in the dream it was something I could do.) And so in my dream, I was planning all the things I wanted to try and accomplish and do while I was there. I was planning all the ways I wanted to try and preserve some of the experience. I knew I had to really think through and plan the experience because I couldn’t risk alerting people I was from the future. 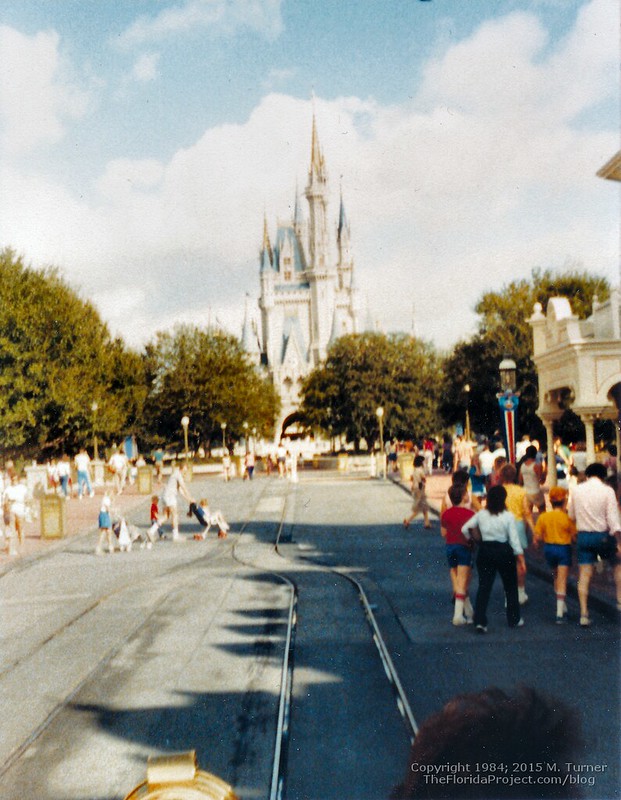 For example, I wanted to try and use some form of modern, digital photography methods to document the details of the parks and the attractions that were overlooked in the age of film. When you had only 24 shots, no one bothered to take photos of the small things. Not to mention, video taping was much less accessible and even if you did lug around a heavy camcorder, not only were you at the mercy of limited VHS tape times, but the quality of that tape would not be the HD or even 4k resolution we have access to today.

In my dream, I knew I couldn’t bring my cell phone (obviously) but I wanted to bring a modern, high quality camera. I was thinking I could bring my Canon 70D DSLR because the LCD screen can be folded in to “close” it which would hide some of it’s obvious digital nature. I know there were SLR cameras back then and thought maybe that would help it “pass” as a film camera. (When I woke up, I researched what Canon SLR cameras of the era looked like and the style definitely was different back then; this is an example of top of the line camera from 1985, a T80 SLR which has a passing resemblance but I really hadn’t realized just how much the shape has evolved over the years to what we now think of as a standard DSLR camera form.) 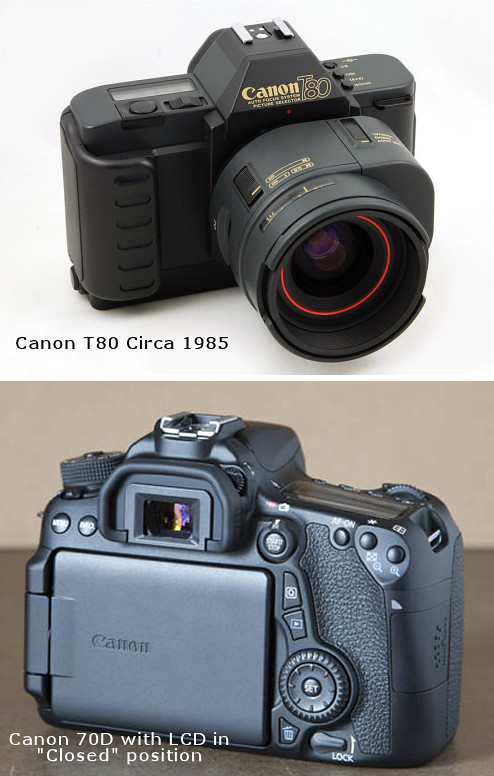 I remember thinking I would need a lot of memory cards and back up batteries. (And I remember thinking I would need to change my memory cards in the privacy of a bathroom stall so no one would see the digital tech! LOL) I wanted to get photos and video of everything. I wanted to go into the Emporium and take pictures of the product displays and the inside of stores, and the menus and all the details no one would ever have wasted film on in the day. I also thought about things like the vintage napkins which used to have designs printed on them and even the gift bags which were themed for each park unlike today. I thought about all the things I would want to buy so I could have access to them in the present that you just can’t find anymore.

Which led me to the realization that I obviously wouldn’t be able to use my debit or credit cards so I would need cash. But wait! US currency has changed since the 80’s! I would need old style bills. I was wondering in my dream the best and easiest way to find older versions of the bills and how I could get enough to buy all the things I would want to purchase! 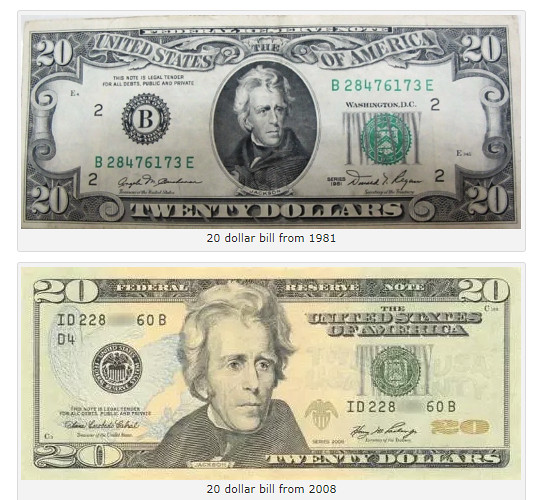 I thought about the idea of concealing a GoPro body camera on me somewhere so I could have video of me walking through the parks. It dawned on me there was no such thing as bag checks or security screenings or metal detectors then so no one would be searching me looking for hidden technology. And I realized just how much daily life has changed in the 34-odd years since my first visit to the parks. Sure, there are two more theme parks in WDW now vs 1984 (with Disney’s Hollywood Studios – originally Disney-MGM Studios – and Disney’s Animal Kingdom having opened in 1989 and 1998 respectively) but it’s so much more than that. And while yes, I’ve lived through the past three decades, things change in small ways and subtle ways and over time, they wind up being vastly different from where they began.

I thought about “selfies” and how that wasn’t a thing back then.

I thought about what the experience would be like and the things that had changed that I hadn’t realized or the things I might have overlooked or taken for granted in 2018 life that wasn’t a reality in the 80’s.

But in my dream, I was so excited to see and experience and try and preserve some of these important moments in ways no one could have dreamed of doing back then. 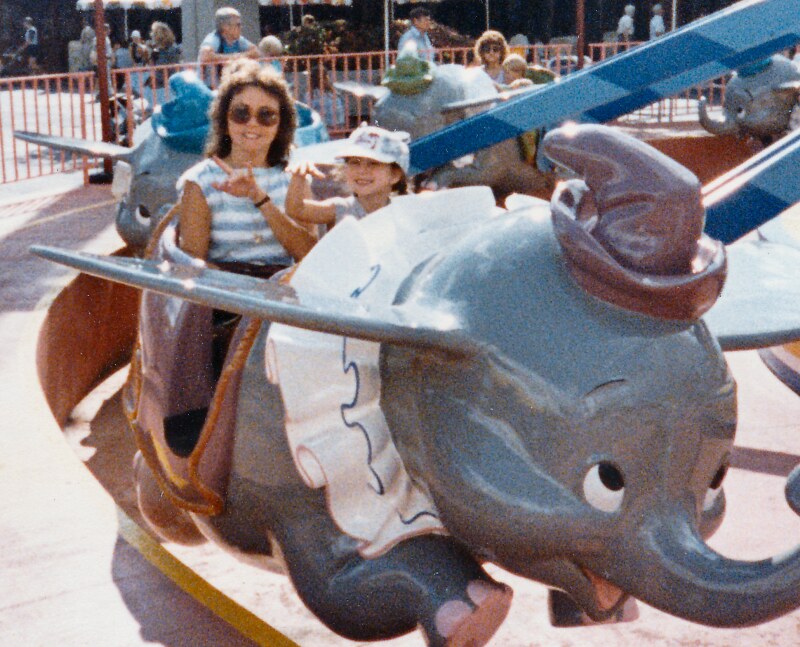 …and then I woke up.

And I was so wistful and sad that I wouldn’t get a chance to actually do any of it. That I really wouldn’t ever get to ride Imagination again in my life; that I couldn’t capture that moment of time after all; that the past was as lost to me as it was to us all and anything we failed to save or record or preserve back then was truly gone.

I’ve been thinking a lot of the dream the past few days since I had it. That idea of getting a second chance to not only relive something but to try and save some of it really resonated with me. I wanted to slip in quietly and unobtrusively, document it, experience it and leave. It wasn’t about trying to buy stock of Google or Microsoft or anything like that to make myself rich, it was about just getting to be there again in that time and place and try and share some of it with those who either would also love to relive it a little bit or those for whom they never had a chance to see it the first time around.

I don’t know. I’m not sure if it’s just human nature to want to take a peek back at days gone by as we get older or if it’s the photographer in me. I’ve always loved history and capturing people and places and times and trying to preserve snippets for the future. I’ve been taking pics since I was a little girl and even back as a small child, I would label things with the date and my age and the place so that years later, I would know when and where and why something was.

Either way (or maybe a little bit of both) the dream got me thinking and for a brief time while I slept, I enjoyed the challenge of planning for such an adventure and even if I can’t actually go back in time and live out my fantasy, it’s neat to think about the what if anyway and all the things you could do if given the chance.