Sometimes the internet is a neat place.

We hit a local antique store today that does a monthly market called Brocante Vintage Market. One of the unique things they had was a vintage Kelvinator Trimwall Foodarama side-by-side fridge/freezer. It was in amazing condition so my guess is that it was probably installed new in a home around here and the house stayed unremodeled all these years – until likely recently, when the owners might have passed away and the house was updated and/or sold. 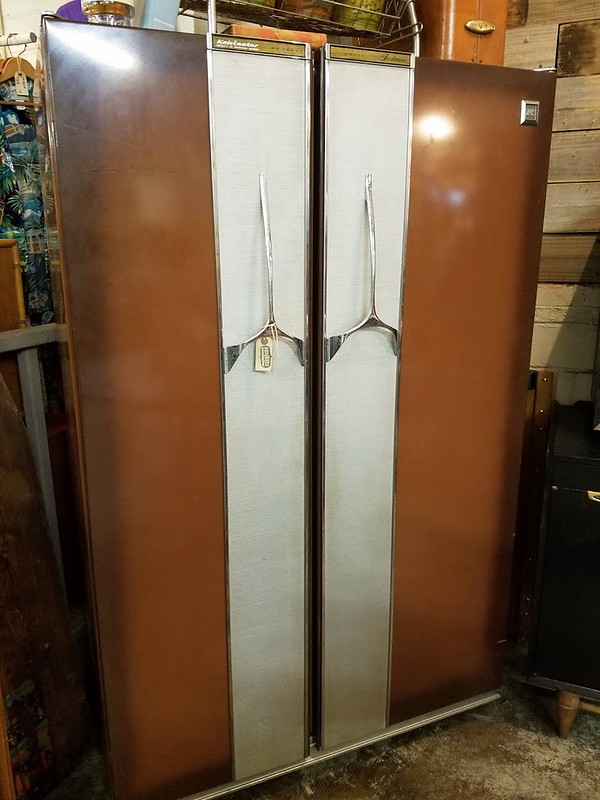 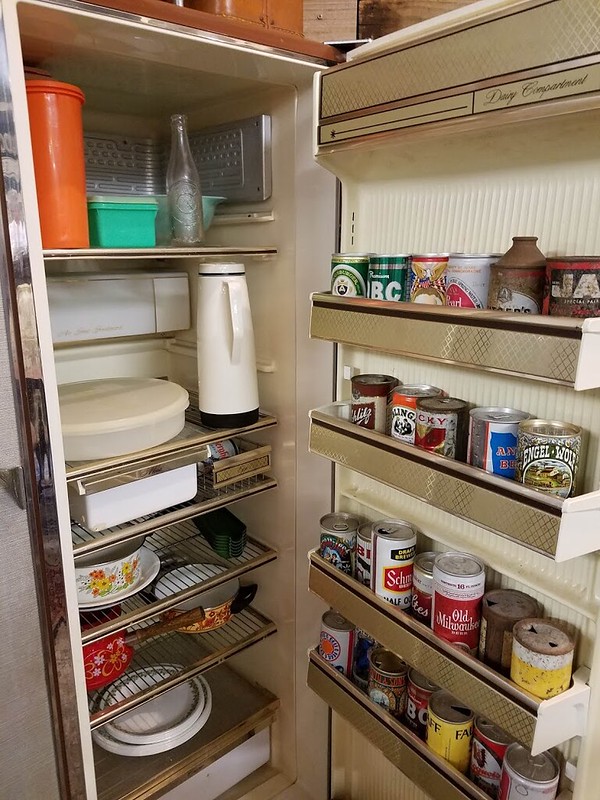 So, I was curious about it and did a little googling. Turns out the Kelvinator Trimwall Foodarama was advertised as a new product in LIFE magazine in 1966. (The one in the ad is “Avacado” but it’s identical to the one for sale at the antique store.) Ok, so we had a date for it’s release. What about price? 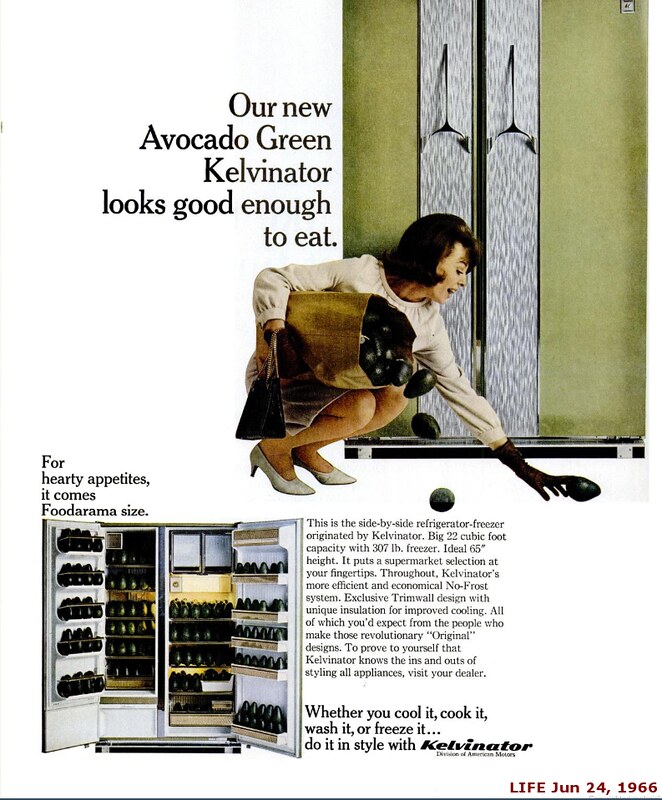 I was also able to find a Consumer Digest Guide listing three models. From the advert I know it’s the 22 cubic inch version and this one is “no frost” but I didn’t see an automatic ice dispenser meaning it’s likely the mid range version. That gives it an original retail somewhere around $679. Using an inflation calculator, that makes it $5,263.83 in today’s money. This was certainly a luxury, high-end appliance! 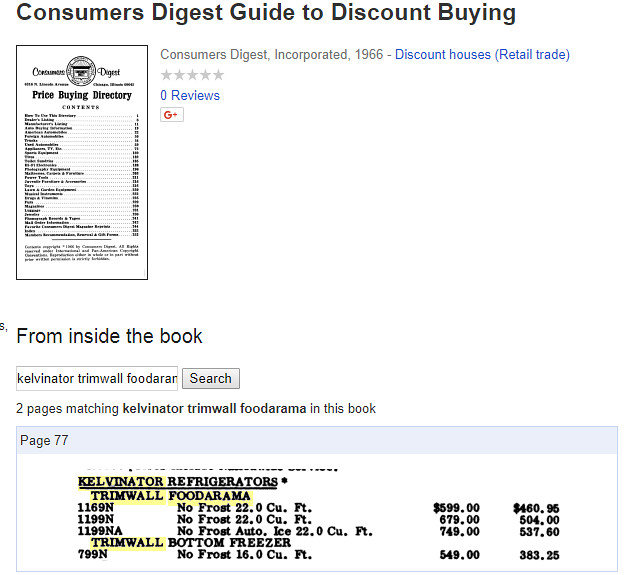 If, based on my logical deduction that it’s been in a home since 1966 (otherwise, it would have long since been thrown out!) it also likely still worked (because a fridge is not the kind of thing you can do without), that investment certainly was worth it for 50+ years of usage!

It’s pretty neat that with about 20 minutes of research, I was able to find out so much about this vintage piece. I love learning things like this; just random bits of admittedly mostly useless knowledge, but still very satisfying to uncover.