We headed out to Disney for a few hours on Saturday since the last time we went, I was getting sick and we wound up having to leave and missed the fireworks, the Osborne lights, etc. Then, we couldn’t go because of Love having surgery on his leg.

But! Love was a trooper and nine days after removing four lipomas from his leg, we went tried for Disney again. This time, even though we got there around 4pm, we still managed to hit three parks, see the lights and fireworks before heading home. I had fun. It was nice to get really into the holiday stuff, and just be silly for a bit.

So, let’s share some pics! Maybe it’ll help brighten your day a little too.

Here’s part of the Christmas tree at Animal Kingdom. (Each park tree is decorated in a style befitting the theme of the park, so AK features animals and African style ornaments.) 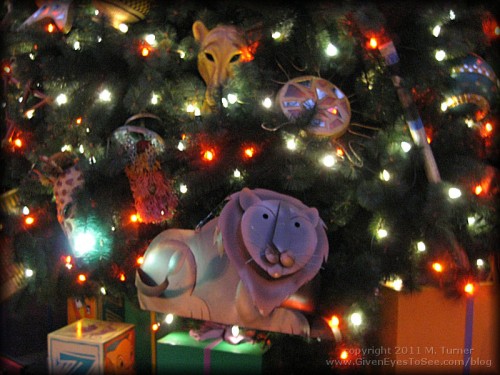 We also got our picture taken with Mickey and Minnie. (Click for larger) It was funny because Minnie gestured to my blinking light bulb necklace and wanted Mickey get her one, to which, he gestured back that he would. It was very cute. 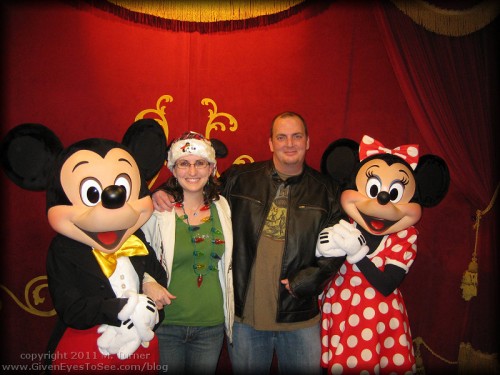 Osborne Lights at Disney’s Hollywood Studios (click for larger) Yes, every single inch of every building is, in fact covered with lights! 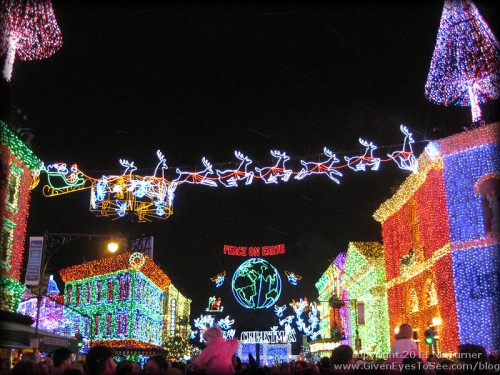 And here’s a video I took of one of the dancing lights. This is “Jingle Bells” by Barbara Streisand.

With over 5 million total lights, it’s a hell of a show. Plus, this year they finished the conversion to all LED lights, so the canopy alone features 21,000 lights capable of over 16 million colors. There is more dancing and animation than ever. Truly, a great experience. It runs nightly through the holidays and is included with admission to Disney’s Hollywood Studios.


And finally, one more of Cinderella Castle all light up in the “Dreamlights” which look like icicles covering the castle. It’s just too beautiful not to share another shot. 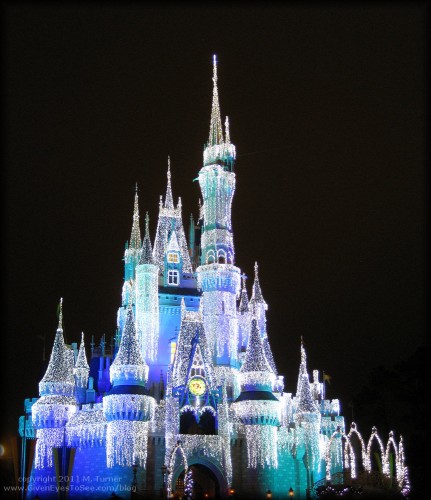 It was a nice evening and definitely the kind of cheerful holiday distraction I really needed.