…but I’m chatty, so here’s pictures AND words. 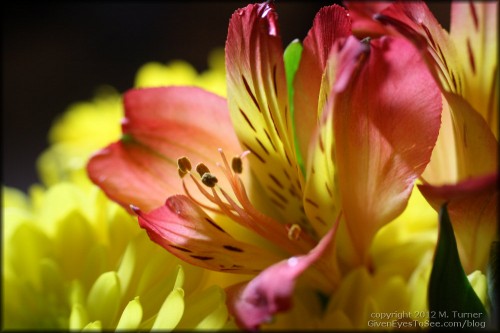 Bought Mom a bouquet of flowers for her birthday. Couldn’t resist taking a few macro shots before I gave them to her.

Mom’s birthday was last Wednesday the 8th, and we were going to get together at my sister’s on Saturday for a birthday party but Mom wasn’t feeling well, so we did it on Sunday instead. 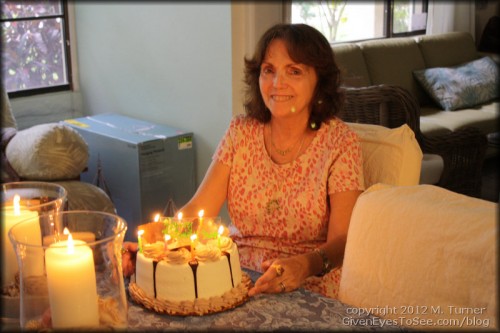 Mom with her birthday cake

My sister had some technical problems with the grill (i.e. it didn’t work) so “lunch” turned into “dinner.” Unfortunately, Love had a really bad migraine attack and we had to leave very quickly right after cake.

He was still sick Monday, and wound up having to call in. The neurologist had increased his medication a couple weeks ago, but his attacks still aren’t back under control. It’s worrying to say the least. 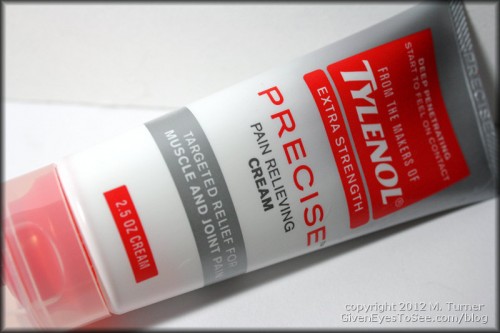 Makes me smell like an old person but it helps.

Meanwhile, my neck has reached critical mass. If you don’t know, I have permanent neck damage and I use therapeutic massage to try to keep it from seizing up on me and causing me migraines. Well, unfortunately, with everything going on, (like Love’s problems and multiple doctor visits) it’s been months since my last massage. And I’ve reached the point where I’m in constant pain and having daily migraines as a result.

So I’ve been slathering my neck with Tylenol Precise (which is basically a “Bengay” or “Icy Hot” type cream) pretty much daily. Makes me smell mentholated but it’s helped. Well, that and many (many) doses of ibuprofen plus WellPatch Migraine Cooling Pads AND {generic} Imitrex twice in the past four days. Ugh. 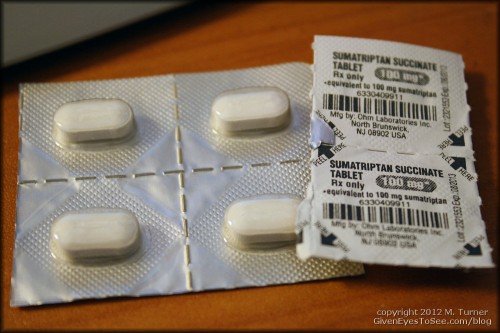 I have an appointment with Shelly tomorrow at 3:30pm. (I tried to get an appointment earlier in the week but she’s been booked.) I can’t even begin to tell you how badly I need the massage. My neck is just wrecked right now. I lost all day yesterday to a blinding migraine. I got up in massive pain and wound up having to take a pill and go back to bed and just sleep all afternoon. Felt better by the evening but left me with the “migraine hangover” feeling.

Woke up today and I’m right on the border of another one. So I’m just hoping tomorrow’s massage will give me some relief!

And just so this isn’t entirely a downer, Gracie has discovered a new place she likes to hang out all day, everyday: 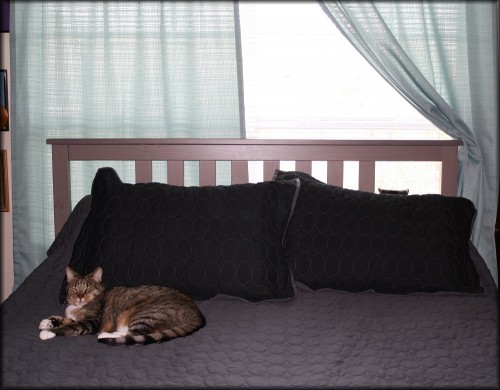 Yes, BOTH kitties are in this shot. Mika on the left but can you spot Gracie?

Yup, that’s right. She now has decided laying on top of the pillows, behind the decorative pillows is her new, official spot for hanging out during the day. 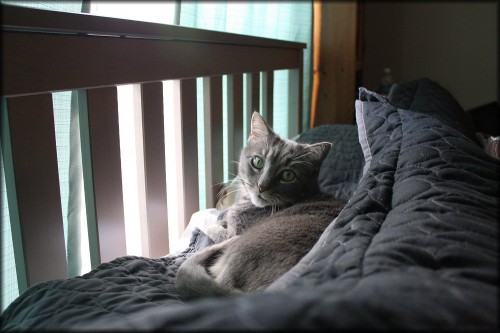 Princess Gracie on the pillows on the bed leaning against other pillows and looking out the window.

And, since she’s completely spoiled, I now open the curtain and blinds for her to look out while she lays there. Yes, if only my cats weren’t so badly abused and mistreated, right? 😉

So that’s what’s been going on. Hopefully after tomorrow I can start feeling better. And hopefully soon we can figure out a long-term plan for Love’s migraines since they’ve been out of control again. It’s been hard to update when one or both of us is feeling so unwell all the time and it’s why I wind up with unintentional radio silence here on the blog. 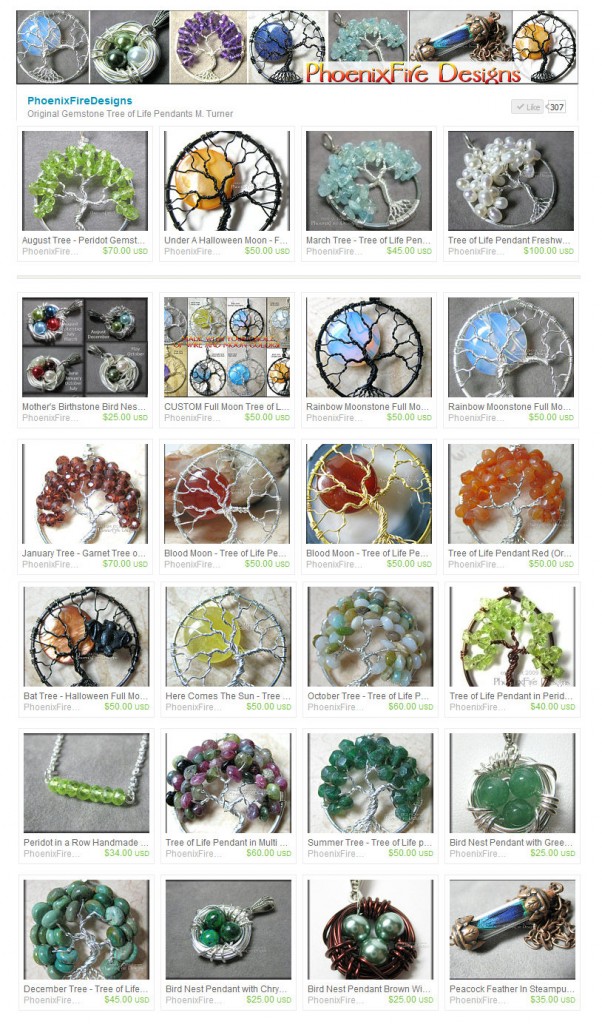 In and among everything else, I’m also spending much of my time working on my shop, PhoenixFire Designs since that’s my primary business these days. So when I have time or I can eek out some functioning brain power, that’s where it tends to go right now.

So there’s seven pictures and approximately 700 words updating what’s been going on around here.