I was so excited last November when I heard Sarah McLachlan was coming back to the Tampa Bay Area – after nearly a decade absence! Even better, she was going to perform at Ruth Eckerd Hall. A wonderful, acoustically beautiful theater that seats just under 2,200 people. The last time I saw her was at the then-named Ice Palace (currently the Amelie Arena) where the Tampa Bay Lightning play; a venue that holds more like 20,000! 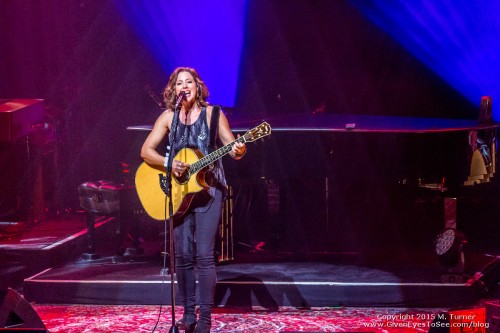 As ever, she was beyond wonderful! It was so good to see her. 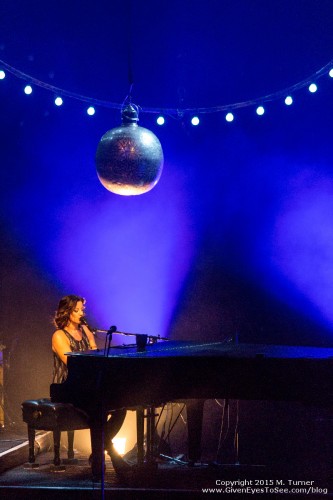 I spent a lot of time trying to find out the camera policy for Ruth Eckerd Hall and was only told “flash photography is prohibited at all performances.” So I figured I would bring my DSLR and my point-and-shoot as backup just in case. Because “no flash” is not the same as “no cameras.” The security guard questioned if it was a “detachable lens” on the DSLR and I admitted yes, but that I had no plans to detach it since I did not bring other lenses and he waved me in. Many people were using their cell phones for photos and I did see some point-and-shoots. 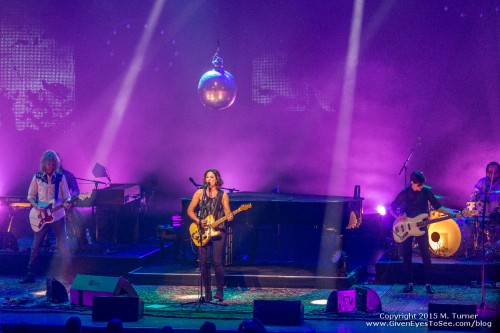 We were row W, seats 26 and 27 so about 2/3 back just off center. There is no center aisle in the stadium seating but they are nice, comfy seats with plenty of leg room. The view was wonderful and I used my EF-S 55-250mm IS lens to get a combination of full stage and close-up shots. 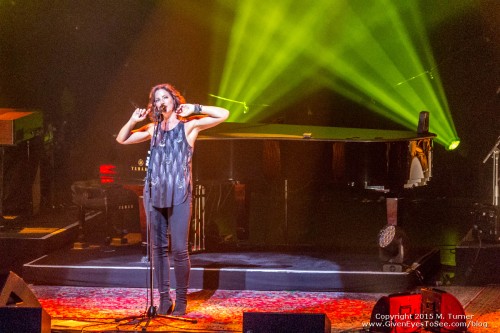 The set was a variety of both current songs off the most recent, “Shine On” album (released in 2014) as well as classic songs from older albums. It was a great variety. 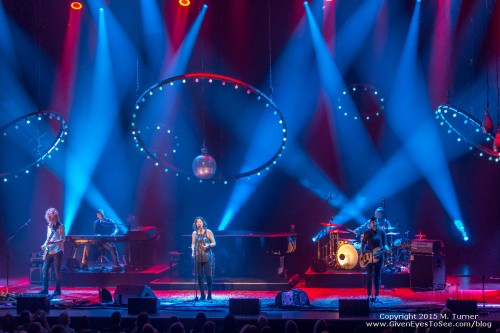 She also took time to talk about some of the meaning behind some of the songs and even joked about the fact she has a large number of “depressing love songs” because she said they’re just so much fun to write! 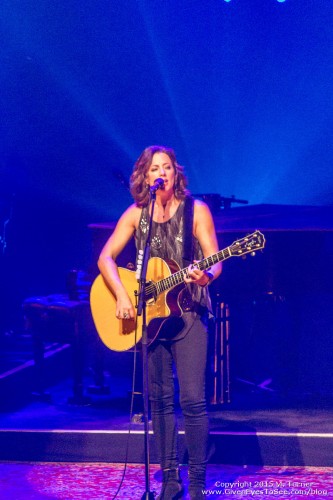 She further joked when she did two “happy” songs in a row. 🙂 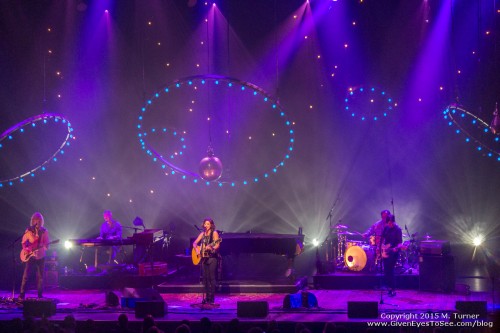 The lighting was dynamic and ever-changing throughout songs, shifting through colors and really made for a beautiful visual companion to the music. 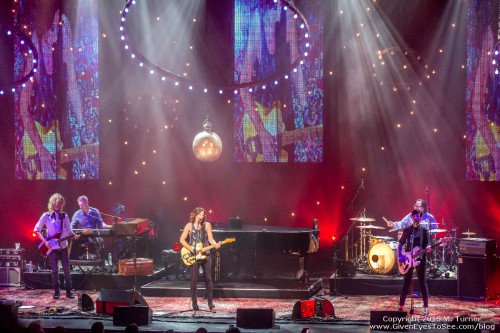 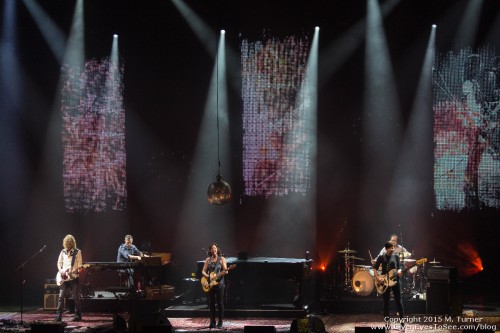 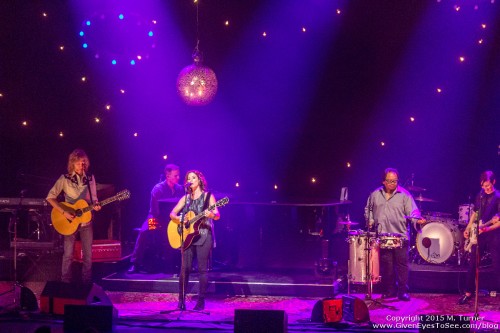 It was absolutely wonderful and I truly enjoyed my “Evening with Sarah McLachlan.” She promised not to be gone so long next time and I think we all will hold her to that!