I attended my first ever Dapper Day Fall Soiree at Disney’s Hollywood Studios October 3, 2015. It was amazing!

If you’re not familiar with Dapper Day, don’t worry I wasn’t either until a few months ago. It’s an unofficial event that takes place twice a year at Disneyland, Walt Disney World and Disneyland Paris. It was inspired by the notion that when Disneyland first opened in 1955, people dressed up to attend. Men wore suits! Women wore dresses, hats and heels! It was a cause for looking your best; being dapper and smartly dressed.

So for two days a year, people embrace the idea of coming to the parks in your “Sunday Best.” Last Saturday’s Fall Soiree was the most recent such day. Though not required, many people lean towards a mid-century (1950’s or 1960’s) style look and dress. Some people also chose to “Disneybound” which is where you wear clothes inspired by a character, film, movie, etc. That is what I chose to do. 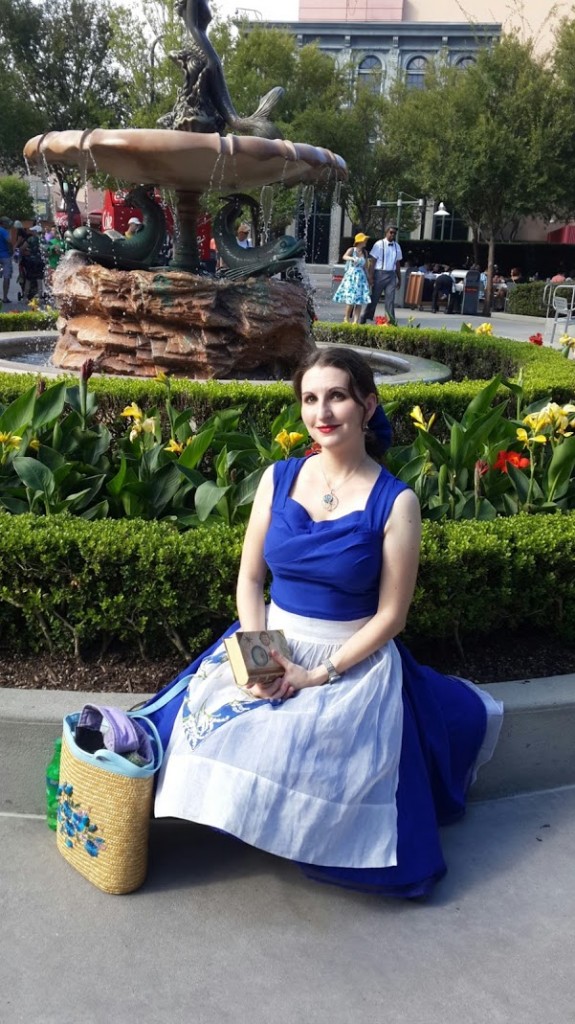 Everyone looked so amazing! And everyone was friendly and happy and having a wonderful time. 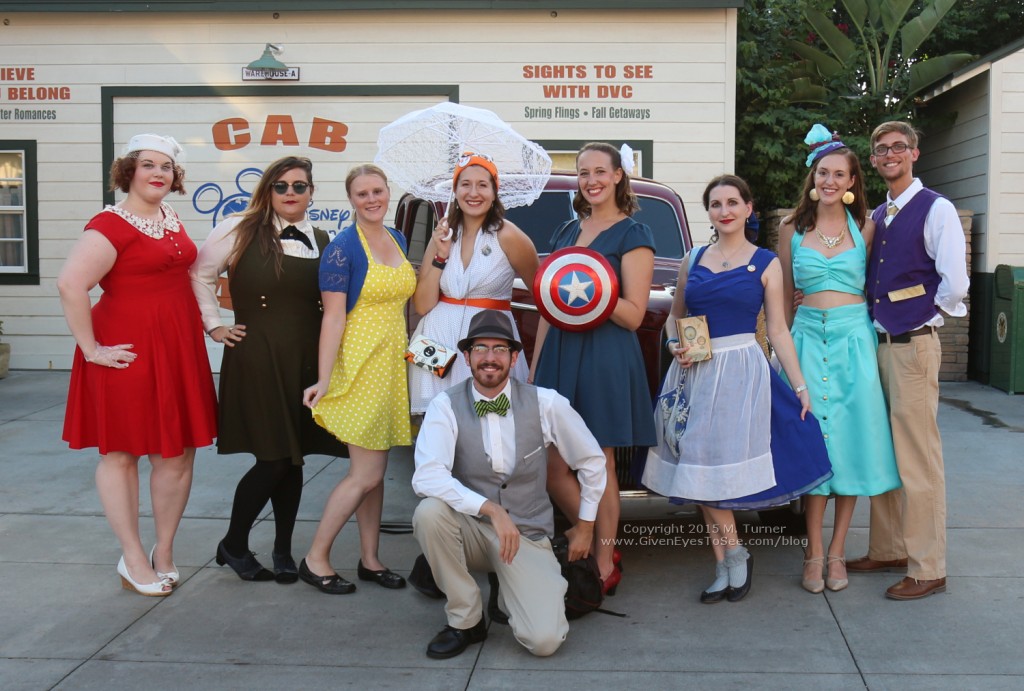 Wonderful group from Dapper Day Fall Soiree 2015 at Disney’s Hollywood Studios including me in my Belle blue dress disneybound.

There was such a range of creativity in the outfits as well, especially those who chose to incorporate a Disneybound into their Dapper Day fashion. 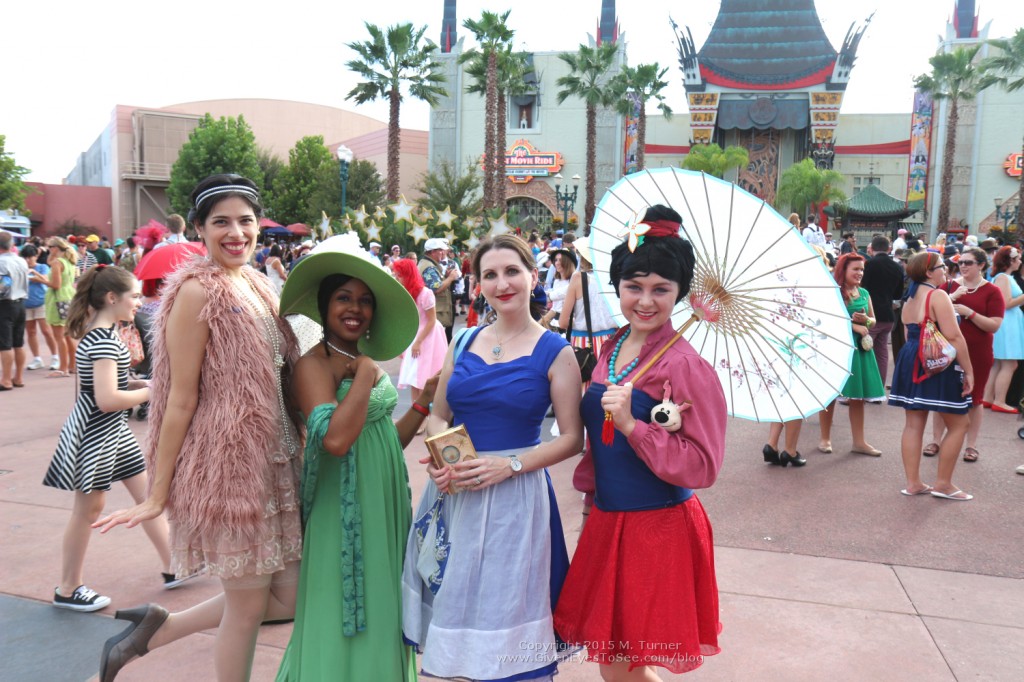 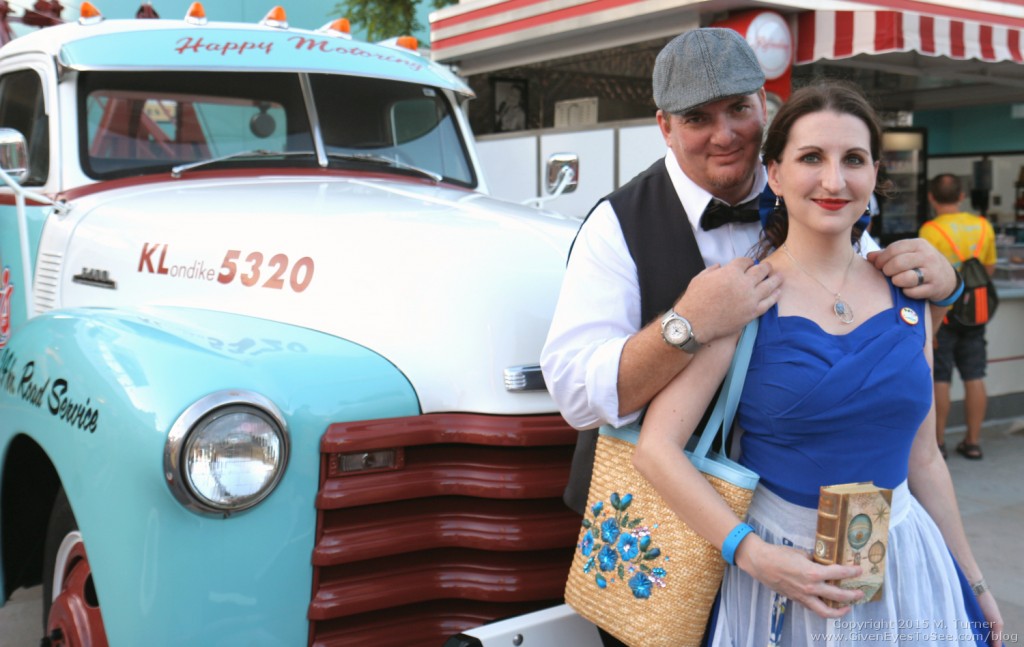 Love and I as we closed out our first (but not last!) Dapper Day at Disney’s Hollywood Studios for the Fall Soiree October 3, 2015.

See about 45 more photos I took in this Dapper Day gallery. 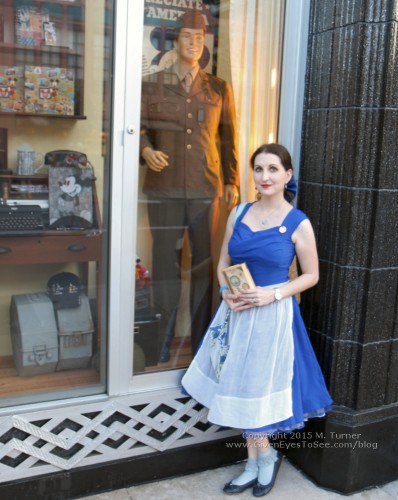 Me in my Dapper Day Belle provincial town blue dress disneybound at the Fall Soiree in Disney’s Hollywood Studios October 3, 2015.

I highly recommend if you get a chance to attend a Dapper Day, do it! A good 50% of the park was Dapper and I assure you that you will not be the only one and everyone will be having a wonderful time.

See you in April for the next one!